Bhutan is a mysterious landlocked country in South Asia commonly known as the  “Land of the Thunder Dragon”. Bhutan is a peaceful place with the dominance of Buddhist religions and cultures. Bhutan Ultimate Tour is the best tour package that will explore ancient culture and traditions, majestic monasteries, beautiful landscapes, magnificent architecture, snow-capped mountains, diverse ecosystem of Floras and Faunas and so on. This tour is best possible for those who wish to spare no expense in their experience of Bhutan, but have a limited amount of time. During this tour you will discover some of the most sacred Buddhist monasteries and temples in the Himalaya, visit many cultural attractions including medieval fortresses (Dzongs), markets and museums, hike up to the famous Taktsang Monastery built on the edge of a cliff in Paro (900m/2,952ft) above the valley, traverse beautiful landscapes from lush valleys to dense forests, and explore ancient wall paintings and carvings in Dzongs and temples.

Day 02: Flight from Kathmandu to Paro

The flight Paro by Druk Air, introduction to the spectacular beauty of our country and magnificent views of the world’s highest peaks, give way to the lush green Paro valley as you land. Bhutan agency will welcome you on arrival and after lunch drive to the sightseeing in Paro Rimpung Dzong built in 1645, Ta Dzong Museum, the center of civil and religious authority in this region and Rimpung bridge (traditional cantilever bridge), the oldest bridge in Bhutan. Overnight at Hotel – Included Breakfast, Lunch & Dinner

After breakfast journey to Punakha & Wangdue visit by Tachog Lhakhang, this is the 14th century and located on the mountain across the highway of Pa chu Paro-Thimphu. Built by the great master architect Thangtong Gyalpo, the temple houses have unique statues and get to temple walk over the iron chains that spans over the Pa chu.

The journey leads you to Punakha/Wangdue through Dochula Pass (3,088m/10,129ft), from the pass if weather will panoramic views of Himalayan ranges and will see the beautiful 108 chortens (stupa) on the Hill built by Ashi Dorji Wangmo Wangchuck (the Queen Mother of Bhutan) for the security and well be being of His Majesty, the King of Bhutan. After that visit Druk Wangyal Lhakhang. The temple was built to honor His Majesty Jigme Singye Wangchuck (the 4th King of Bhutan). The temple tells you past and future stories of a supreme warrior figure whose vision pierces the distant future.

The Punakha has been some linked most history of Bhutanese and beautiful culture. Punakha had served as the capital of Bhutan since 1637 till 1907 and the 1st National Assembly was held here. Punakha Dzong (fortress) is historically important and stands as the symbol for a unified Bhutan.

During the journey will be stopped in Lobesa Village for visit Divine Madman’s Monastery-Chhimi Lhakhang, famously known fertility shrine, where once you can receive a special fertility blessing. After that Punakha Dzong, located on the island of Pho – Chu (male river) and Mochu (female river). The dzong was built in 1637 by Zhabdrung Ngawang Namgyal (high Drupa Kagyu lama who unified the warring valley kingdoms under a single rule in the 16th century) to serve as the religious and administrative seat of the region. The system of government was introduced in the 17th century and in 1907, enthroned the first King Gongsar Ugyen Wangchuck. Damaged over the centuries by four catastrophic fires and an earthquake, the dzong has been fully restored in the recent years by the 4th King Jigme Singye Wangchuck. At the dzong, you can see the highest standards in woodwork. Also visit the massive Kuenray, the Coronation Hall of all Bhutanese kings, the Dzongchung at the entrance to the dzong and the cantilever bridge over the Mochu that has been recently renovated. Overnight at Hotel – Included Breakfast, Lunch & Dinner

The journey through into the forests of oak, blue pine trees, subtropical vegetation and village of Nobding and Pele la pass (3,300m/10,824ft), from the pass beautiful sceneries of rural Bhutan and good photography. You will go through meadows, the valley of yak herders, several other villages via Chendebji Chorten (Stupa). After lunch journey to Trongsa and visit National Museum which is housed in the Ta Dzong (watch tower) and exploring beautiful objects of culture, history, and greater full details by the documentary show.

After that the journey to Bumthang via Yotong La Pass (3,400m/11,152ft). During the journey, you will visit “Yathra” Weaving Centre in Zugney Village where you will see local weavers weaving Yathra. Yathra means “colorful”, hand-woven woolen cloth (often with geometric designs) that is produced in this region and wool used for this type of textile from sheep wool as the sheep is reared in this Bumthang Valley. Yathra will make jackets or bags. Overnight at Hotel – Included Breakfast, Lunch & Dinner

After breakfast Explore of Jambay Lhakhang was built in 7th century by the King Songtsen Gampo of Tibet. His effort to propagate Buddhism his plan to build the total of 108 temples in Tibet and neighboring kingdoms.

Kujey Lhakhang (Kujey means, “Body imprint”). The temple to the right is the oldest and was built by Minjur Tempa in 1652. It was built around the cave in which Guru Rimpoche meditated and left his body imprint.

Jakar Dzong, “castle of the white bird”. According to legend, when the lamas assembled in about 1549 to select a site for a monastery, a big white bird rose suddenly in the air and settled on a spur of a hill. This was interpreted as an important omen, and the hill was chosen as the site for a monastery and for Jakar Dzong. The fortress is now used as an administrative center of the valley and summer residence of Trongsa monks.

After that visit Mebar Tsho (Burning Lake) and in the evening will visit beautifully landscaped gardens of Bumthang. Overnight at Hotel – Included Breakfast, Lunch & Dinner

After breakfast journey to Punakha via Phobjikha valley. the journey into the forests of Phobjikha Valley and Gantey village where you can see Gangtey  Monastery and visit. Phobjikha valley is one part of beautiful Jigme Singye Wangchuck National Park (formerly known as Black Mountains National Park), one of most nature sanctuaries in Bhutan. The surrounding hills and mountains are home to nomadic shepherds and yak-herders. This is one of the most remote and untouched regions in Bhutan and is only just opening the doors to the outside world and after that explore the Black Necked Crane Center. Overnight at Hotel – Included Breakfast, Lunch & Dinner

After breakfast journey to Thimphu and visit Centenary Farmers’ Market (open to Tuesday – Sunday only). The Thimphu’s population converge on the bustling weekend market side of Wangchu River. The market of foodstuffs, local arts, and crafts are sold in the market, which runs from Friday afternoon to Sunday evening. During the market great opportunities of photography as well as the chance to mingle with local people.

Takin Preserve, which houses is the national animal and only found in Bhutan. This is an extremely rare member of the goat family’s. The takin Found of herds in the very high altitudes (13,125ft and over). They live on a diet of grass and bamboo. The weigh will be 550 pounds.

Tashichhoe Dzong, a fortress of the glorious religion. It was built in 1641 by Zhabdrung Ngawang Namgyel and was reconstructed into the present structure by the late King, His Majesty Jigme Dorji Wangchuck in the year 1962-1969. It houses the secretariat building, the throne room and the office of the king, and central monk body.

The National Memorial Chorten (stupa) which was constructed in 1974 as a memorial for the third King of Bhutan, King Jigme Dorji Wangchuck, who is widely regarded as the father of modern Bhutan. The term ‘chorten’ literally means ‘ seat of faith’ and Buddhists often call such monuments the ‘Mind of Buddha’. Meet the elderly generation in circumlocution, especially in the evenings, at the National Memorial Chorten. Overnight at Hotel – Included Breakfast, lunch & Dinner

After breakfast explore the Traditional Bhutanese paper making factory. The handmade paper in Bhutan from the age-old tradition originated in the 8th century of Bhutanese history. The Traditional paper is recognized and held high esteem both in the home and outside world. Jungshi Paper Factory was established in November 1990 as an undertaking of the Royal Government of Bhutan.

Bhutan has traditional painting  Arts and Crafts school where students undertake a six-year course of 13 traditional arts and crafts.

After breakfast journey to Paro and hike to Taktsang Monastery people’s known as ‘Tiger’s Nest’. It will take one and half hours to reach viewpoint. Enjoy the spectacular views of the monastery. After that further up to the monastery, it  will take another one hour. It is the 8th century Guru Rinpoche flew on the back of a tigress from eastern Bhutan from this place and meditated in a cave here for 3 months. The principal Lhakhang (monastery) of the present monastic complex dates from 1692. Taktsang was damaged severely by fire in 1998 but now been fully restored to former glory. After visiting the monastery back to the hotel via visit Kyichu temple, one of the 108 temples built in the 7th century by the Tibetan King Songsten Gampo. The story goes that a giant demon lay across the whole area of Tibet and the Himalayas and was preventing the spread of Buddhism. King Songtsen Gampo decided to build 108 temples, which would be placed on all the points of her body.

Would like to relax in the evening Traditional Bhutanese Hot stone bath. Overnight at Hotel – Included Breakfast, Lunch & Dinner

Today after breakfast Bhutan travel agency send you to Paro international Airport catch to flight your next destination. Bhutan agency guide wishes you a safe and pleasant journey back to your home and hopes to see you again in Bhutan.  Alliance Adventure staff will come to pick-up you in the international airport in Kathmandu then transfer to Hotel and free. Overnight at Hotel – Included Breakfast and Dinner

Today is last minutes shopping and packing and Alliance Adventure drive to you International airport for your onward destination to your own country. Included Breakfast 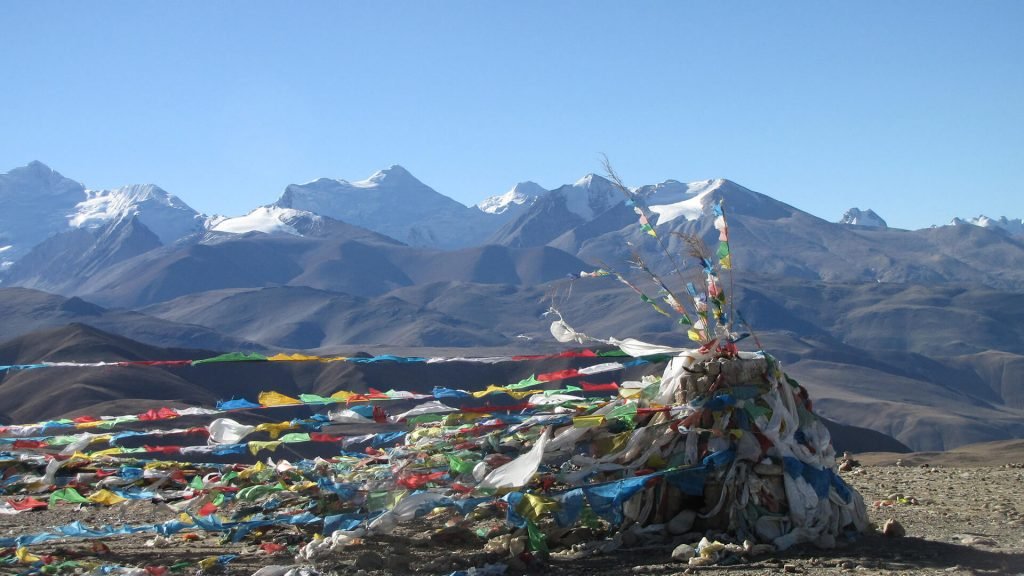